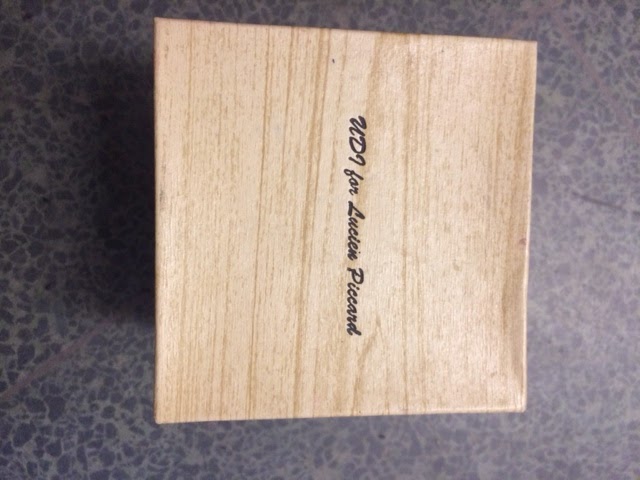 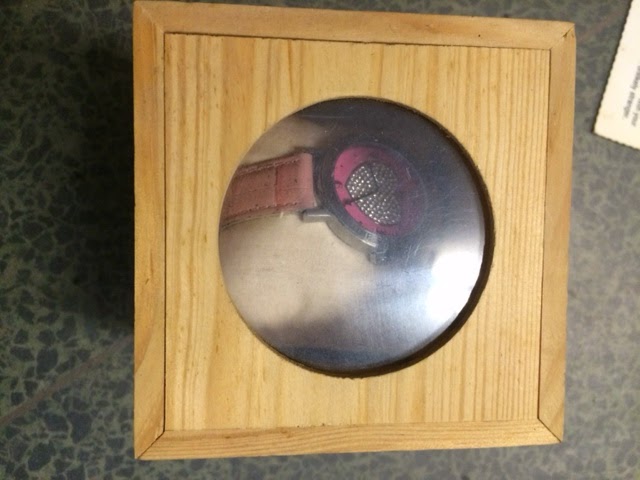 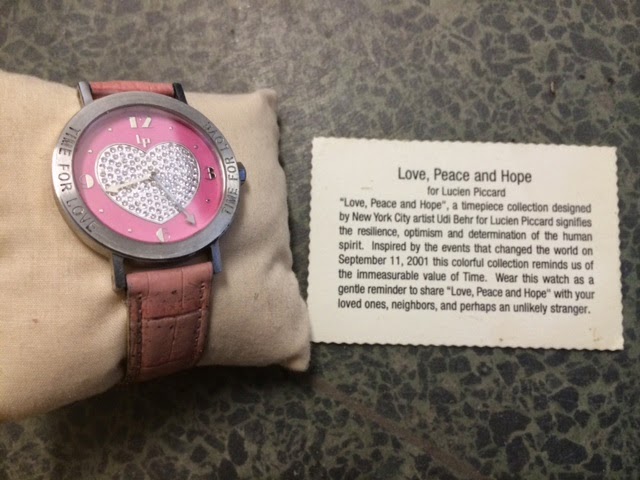 Tribute watch with a message of peace...inspired by 9/11...offered/accessible to "everyone at affordable price points."


Love, Peace, and Hope by Udi Behr for Lucien Piccard A Watch with a Message that Withstands the Test of Time

America: A Tribute to Heroes CD 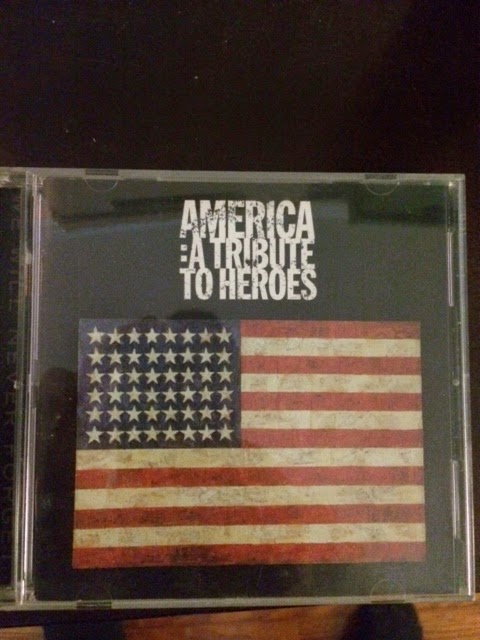 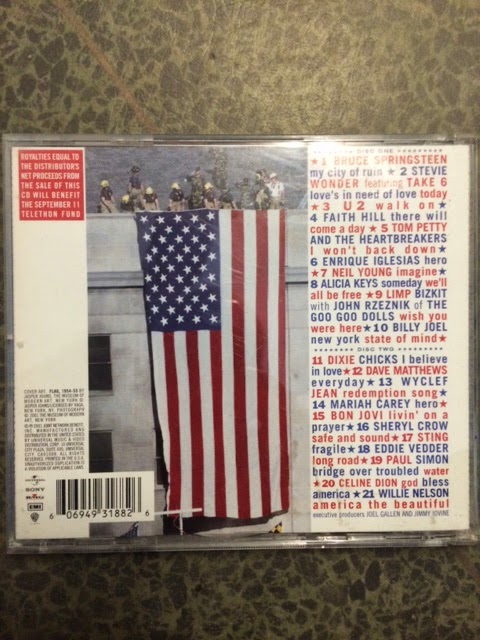 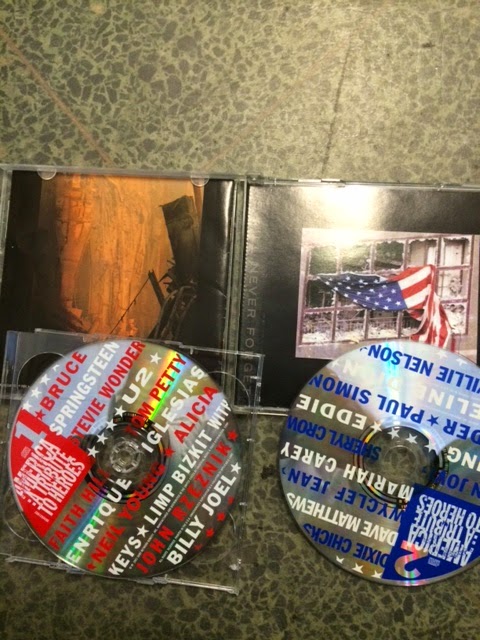 From Wikipedia, the free encyclopedia
Jump to: navigation, search


America: A Tribute to Heroes was a benefit concert created by the heads of the four major American broadcast networks; Fox, ABC, NBC and CBS. Joel Gallen was selected by them to produce and run the show. Actor George Clooney organized celebrities to perform and to man the telephone bank. The marketing and public relations was headed by Warner Bros. EVP Corp Comm with assistance from the marketing and publicity departments of all four broadcast networks. It was broadcast live by the four major American television networks and all of the cable networks in the aftermath of the September 11 attacks on the World Trade Center and the Pentagon in 2001. Done in the style of a telethon, it featured a number of national and international entertainers performing to raise money for the victims and their families, particularly but not limited to the New York City firefighters and New York City police officers. It aired September 21, 2001, uninterrupted and commercial-free. It was released on December 4, 2001 on compact disc and DVD.
On a dark stage illuminated by hundreds of candles, twenty-one artists performed songs of mourning and hope, while various actors and other celebrities delivered short spoken messages. The musical performances took place at three studios in Los Angeles (CBS Television City), New York, and London, while the celebrity messages took place at Los Angeles.[citation needed] Some of the musicians including Neil Young and Eddie Vedder were heard working the phone banks taking pledges. The money raised amounted to over $200 million, and was given to the United Way's September 11 Telethon Fund.
In 2004, Rolling Stone magazine selected this concert, along with the later The Concert for New York City, as one of the 50 moments that changed rock and roll.
The show was also simulcast in Canada; Young and another Canadian singer, Celine Dion, performed.

Posted by Leatherstocking Baseball League at 12:00 PM No comments: 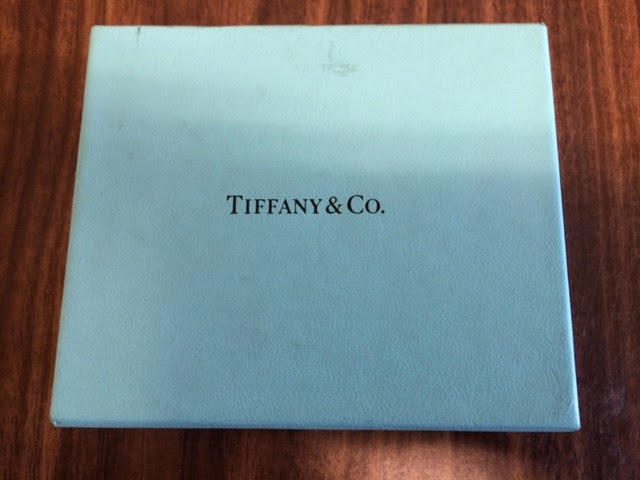 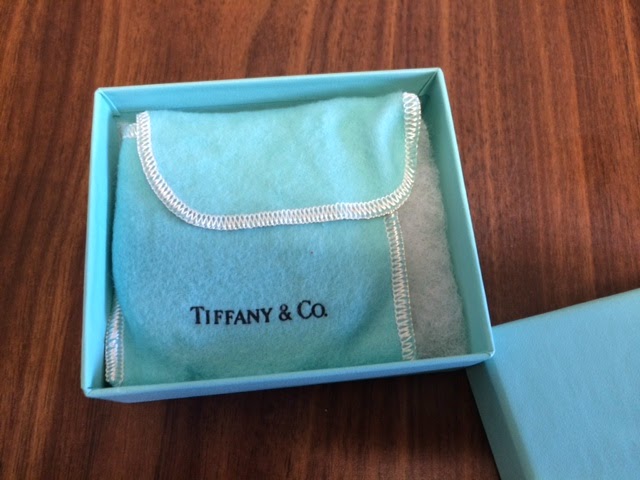 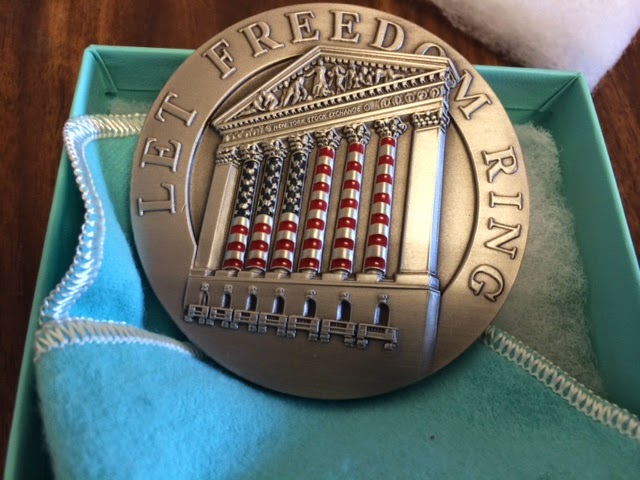 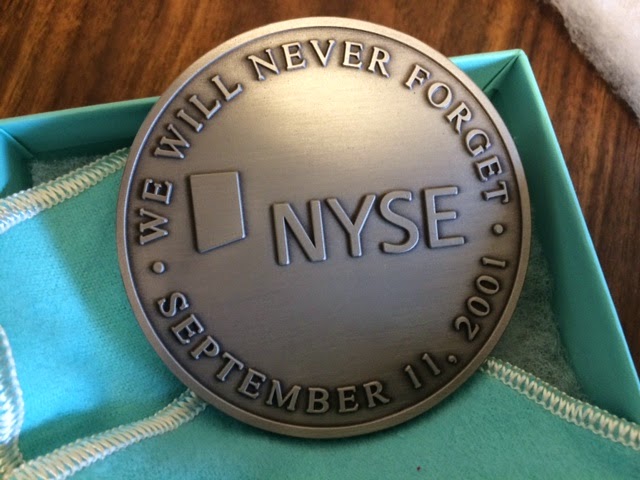 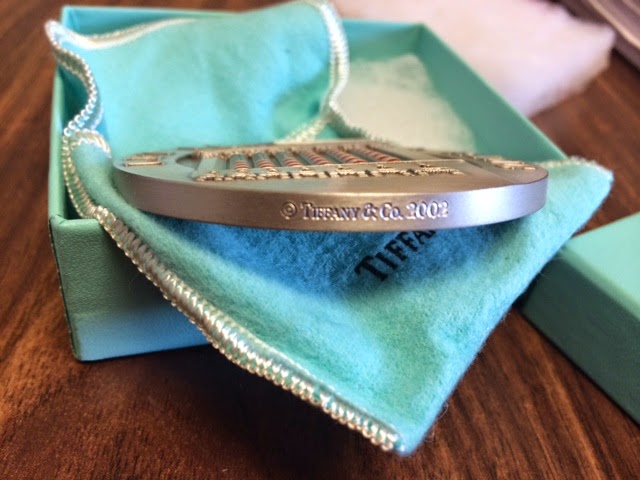 Interesting tribute/commemorative object and another great example of corporate influence and curating of 9/11.  Featuring Tiffany and the New York Stock Exchange, two iconic NYC companies, tied to 9/11 forever by a coin.

Description: This Tiffany & Co. commemorative medallion was given to members of the New York Stock Exchange in memory of the attack on 9/11. Tiffany & Co. commissioned this medallion to be made for the members of the NYSE & was never sold as a retail item. On the front is the inscription "Let Freedom Ring" with the NYSE columns & the red white & blue colors. On the back are the words " We Will Never Forget September 11, 2001. The coin is approx 3 inches in diameter, 3/16 thick & weighs approx 155 grams. Dated 2002.
Posted by Leatherstocking Baseball League at 10:08 AM No comments: